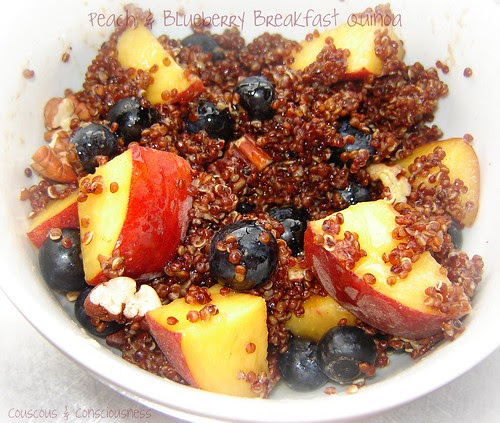 Are you sick of me and quinoa yet?  Well, I just couldn't close the chapter on this wonderful ingredient without sharing one more dish with you.  I've got to tell you that trying this one was stepping way out of my comfort zone, but that's what Make it with ..... Mondays is all about and I'm so thrilled that so many of you have really taken the challenge over the last couple of weeks and done just that.


I came across this recipe for Warm & Nutty Cinnamon Quinoa on Heidi Swanson's wonderful blog, 101 Cookbooks.  It looked so beautiful and tempting that I really wanted to try it for Make it with ..... Mondays challenge quinoa, but I have to admit that I was more than a little nervous about it.  You see the original recipe calls for cooking the quinoa in milk and water.  Well I hate milk, and two things that really make me gag are rice pudding (or any kind of vaguely "sweet" rice dish) and porridge.  Actually I can't even be in the same room as porridge - just the smell of it nearly makes me barf!  I'm sorry, but it's true - it's completely uncontrollable - put a bowl of porridge in front of me at your own peril.


So I was somewhat scared that this dish might turn out to be vaguely reminiscent of either of these dreaded dishes, but it looked so good in Heidi's photos I decided to "man-up" and give it a try.  I used almond milk instead of regular milk, and that added a lovely sweet nuttiness.  I thought about using coconut milk, and that would certainly be an option, if you prefer.  Like Heidi, I chose a red quinoa for this, but regular would be fine.  I also happened to have some beautiful, perfectly ripe peaches and blueberries on hand, so I used those instead of berries.  The other minor change I made was drizzling at the end with honey, instead of agave nectar.  I'm guessing that rice syrup or maple syrup would also work well.


The result was wonderful - not at all like any kind of porridge or rice pudding - the quinoa has a lovely nutty flavour (enhanced by the almond milk) and retains some chewiness.  The little bit of sweetness that comes through from the almond milk and honey, as well as the cinnamon, is a nice complement to the tangy, fresh fruit.  This was flavourful, filling and nourishing, without giving that feeling of heaviness that you can sometimes get after eating other cereals.  The second day, I ate this with a combination of blueberries, apricots and plums, which was also delicious.  I think pretty much any fruit would work in this, and even stewed, dried fruit in winter would be fine. Maybe banana and shaved coconut would also be good, especially if you used coconut milk as part of the cooking liquid.  You could also experiment with different nuts here - walnuts, almonds, hazelnuts, pistachios, macadamias would all be good alternatives. 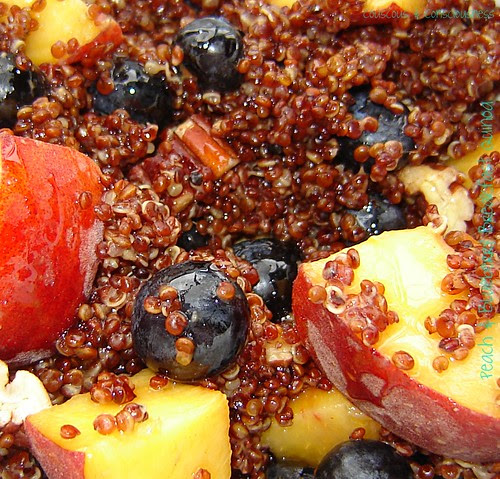 
Put quinoa, almond milk and water into a medium saucepan, set over high heat and bring to the boil.  Turn heat down to medium-low, cover and simmer until liquid is almost completely absorbed (about 15 minutes).  (Note:  I suggest you don't walk away - the milk bubbles up a lot, and makes a horrible mess if it boils over.  I found I had to leave the lid of my pan slightly ajar, and lift it off at regular intervals.  Maybe I should have used a slightly bigger pan.)


Remove pan from the heat, and allow it to stand, covered, for 5 minutes.  Stir in the cinnamon and then the fresh fruit.  Transfer to serving bowls, top with the toasted pecans, and drizzle with honey.


Delicious while still warm, but also just as good cold the next day.  If desired, you could reheat briefly in the microwave the next day, and you may also want to add a little extra milk to loosen. 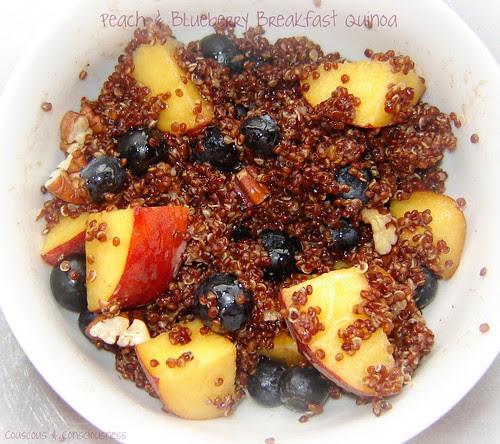 This post is a contribution to Make it with ... Mondays challenge quinoa - the linky is still open until Monday 31 January, so keep your quinoa posts coming, and don't forget to check out this week's special ingredient which is paprika. 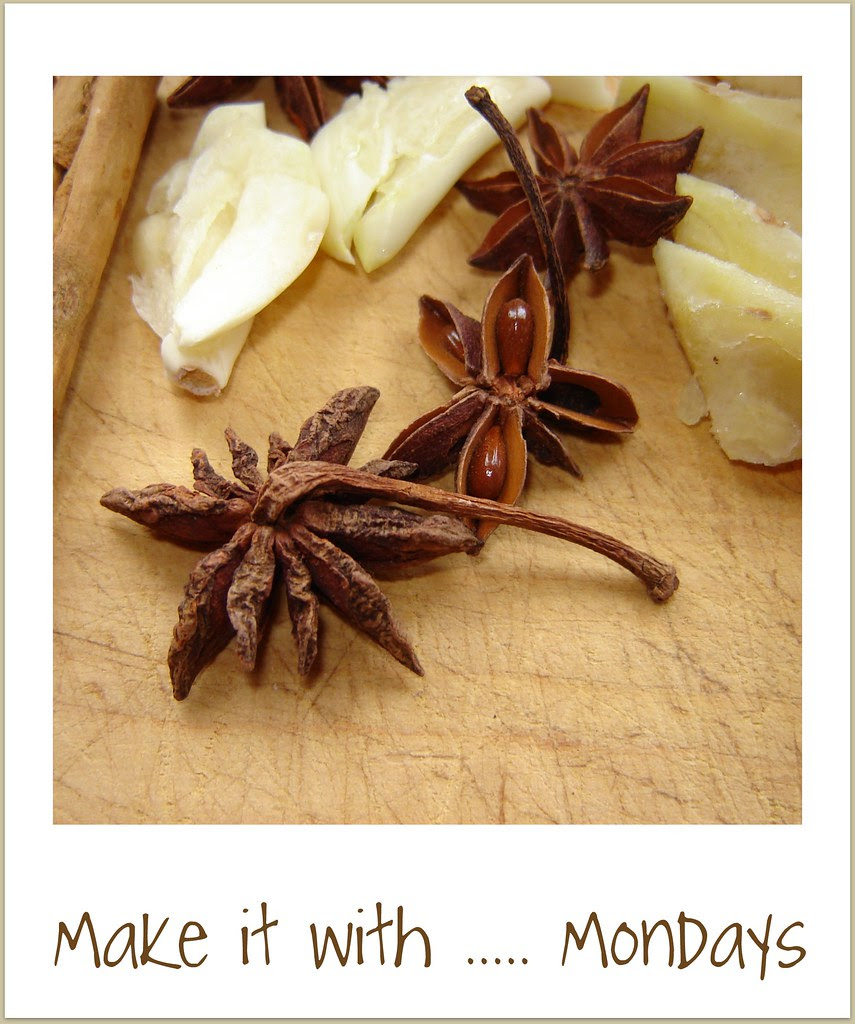 I'm also linking this to the Decidedly Healthy or Horridly Decadent Blog Hop and to next week's Hearth & Soul Blog Hop, also to the Fit Foodista February Blog Carnival.

Posted by Couscous & Consciousness at 10:17 PM