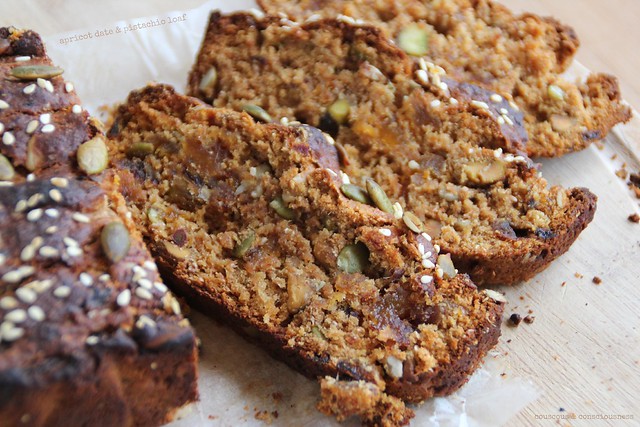 
Raised in Northern Ireland, and now living in London, Diana started cooking when she was just six years old, and has never looked back.  She is not just a passionate and adventurous cook, but also a gifted food writer.  Diana has published eight stunning cookbooks, writes a regular column for The Sunday Telegraph's Stella magazine and several other magazines, has her own website and appears on UKTV's Market Kitchen.


Diana talks a lot about the sense of connectedness that food and cooking gives her, something I relate to completely.  To welcome Diana this week to the IHCC fold I turned to her Date, Apricot & Walnut Loaf Cake from her latest book, A Change of Appetite.  In this book she turns towards lighter, fresher, healthier dishes (without any compromise in flavour) inspired often by dishes of the Middle East, Scandinavia, and the Far East.  There are some stunning recipes in this book, and I swear I want to make nearly everything.


I can imagine that if I could sit down in my kitchen for an afternoon with Diana, we would find a great deal to talk about.  Of course there would be coffee, and cake (there has to be cake), and this delicious loaf packed full of dried fruit, seeds and nuts would fit the bill perfectly.


I made a couple of changes to the recipe - don't I always?!  In the original recipe, Diana has you soften the fruit in apple juice and cook it down to a puree - I opted for an infusion of apricot tea and date syrup instead - but really you could use any fruit juice or even just water for that matter.  I cut down the amount of sugar just a little, and I used coconut sugar instead of brown sugar.  In the original recipe, Diana uses a mixture of regular flour and malted brown flour (which is not available here) - I used all wholemeal flour instead.  Lastly, because thoughts of apricots and dates and date syrup always transport me to the Middle East, I used pistachios instead of walnuts.  Once again, you could really use any kind of nuts that you like.


An important note here - my loaf tin is a tiny bit bigger than that called for in the recipe, so I didn't get the nice big slices that I was hoping for.  It also took quite a bit less cooking than that specified in the recipe.  The recipe offers a cooking time of 1-1/4 hours, but I noticed that mine smelled like it was done after about 45 minutes - a quick check, and I found that it was indeed ready, in fact ever so slightly over-done.  This could have been because of my larger tin size, but my tin was not that much bigger that it would have taken half an hour off the cook time I don't think, so I suggest that you keep a close eye on the time.


This is a deliciously moist and flavourful loaf, so fragrant with spices that your house will smell like Christmas while it's baking.  Like anything of this nature, this is fabulous with a generous smear of butter (although entirely unnecessary), and I found that it kept well for a week.  The only reason it lasted so long around here is that someone else in the house is not fussed on apricots - in most normal households I would expect this to be gone in a few days!

Apricot, Date & Pistachio Loaf Recipe
Adapted from recipe by Diana Henry
from A Change of Appetite
Click here for the free recipe card


Put dates and apricots in a small saucepan with the apricot tea and date syrup.  Set over medium heat, bring to a boil, then reduce heat and simmer until softened to a thick puree - 10 to 15 minutes.  Set aside to cool.


Also melt butter and leave it to cool.


Add the cooled butter to the date and apricot mixture, along with the brown sugar, grated orange zest, and the egg.  Mix together well.


Place the flour in a large bowl with the baking powder, mixed spice, nutmeg, pistachios, pumpkin seeds, and sunflower seeds. Mix together well, then add the fruit mixture and mix until everything is just combined - don't over-mix.


Tip everything into the prepared baking tin, using a rubber spatula to even out the top.  Sprinkle over the extra pumpkin seeds and sesame seeds.  Place tin in the preheated oven, and bake for up to 1-1/4 hours or until golden on top and a skewer inserted into the centre of the loaf comes out clean. 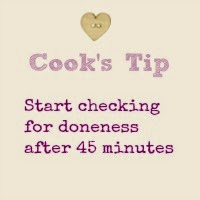 Remove from the oven and cool for 10 minutes in the tin before removing to a wire rack to cool completely.


I will also be submitting this post to Sweet New Zealand.  Inspired by Alessandra Zecchini, and hosted this month by Lesley at eat, etc ..., Sweet New Zealand is an event for all Kiwi bloggers (whether living at home or abroad), or all foreign bloggers living in New Zealand, to link up their sweet treats.

I'm also linking this post to Tea Time Treats, hosted by one of my favourite bloggers - the lovely Karen at Lavender and Lovage, and The HedgeCombers.  The theme this month is vegetables, and technically there's no vegetables in this recipe, but I've been wanting to join in here for ages, so I'm taking the creative leap that since this loaf contains pumpkin seeds that's near enough :-)

Posted by Couscous & Consciousness at 4:26 PM