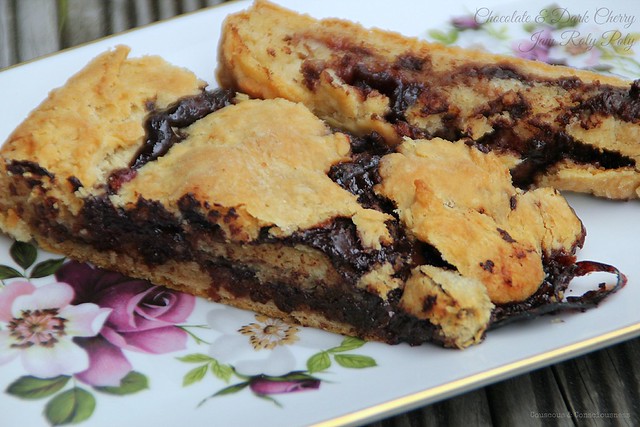 I've told you a bit before about the wonderful Indian family lunches we used to have at my grandparents' home when I was a kid, which may have had you wondering a little, since you can probably tell from my photo that I'm not Indian.  You see, my grandparents (and my mother), although of British descent were all born in India, and like many other Brits living in India at the time they chose to leave at the time of Partition.  Knowing that, when they arrived in New Zealand, they would have no servants here, my grandmother (who most likely had never boiled an egg in her life up to that point) called upon her cook to teach her how to ... well, cook!  Needless to say the cook taught her how to make a variety of Indian dishes which formed the basis of my grandmother's culinary repertoire.  This clearly sparked something in her, for she continued ever after to explore and experiment with different dishes, but in the end not many dishes escaped getting a bit of her "curry" treatment.  I can recall even wiener schnitzels which received a smear of curry paste either side before getting their egg and breadcrumb coating!


My mother, on the other hand, who was also a good cook and could equally whip up a great curry, tended to be a little more "Kiwi-fied" in her general culinary approach.  Like most other Kiwi households in the 60s and 70s, we largely lived on a diet of British classics - meat and three veg most nights of the week, and always dessert to follow.  Steak & kidney pie, fish & chips, scotch eggs, bangers & mash, jam roly poly, scones and trifle (at Christmas) were all regular fare in our household.


So, I certainly felt a flood of nostalgia when faced with our I Heart Cooking Clubs theme this week of "Fit for a Brit".  We continue to cook with Nigel Slater, who has so many interesting takes on classic British dishes that I had a hard time choosing what to make, but after leafing through my copy of Tender Vol. II (in the US this is published as Ripe: A Cook in the Orchard), it was Nigel's "Black jam roly-poly pudding" that rekindled a lot of memories.


Traditionally a roly poly pudding is usually steamed - in fact, it was often steamed in an old shirt sleeve, so that it was also sometimes called "shirt-sleeve pudding" or "dead-man's arm".  You've got to hand it to the Brits, don't you - they really do have great names for some of their dishes.  Care for some "toad in the hole"?  "Spotted dick" anyone?  (Sorry, couldn't resist).  Anyway, back to the roly poly.  As I was saying, it was traditionally steamed, but Nigel says he prefers his baked, and certainly any roly poly I remember from my childhood was baked.  As Nigel says, "Yes, the jam leaks a little ...", and indeed it does, but I kind of like the oozey bit of jam that escapes and creates a bit of stickiness around the edges and on the bottom.  No matter whether this is steamed or baked, however, you want a really good, well flavoured jam here, and a rich, dark coloured one is best.  Nigel suggests damson, blackcurrant, loganberry or elderberry.  I'm pretty sure the roly poly of my childhood would usually have been made with homemade plum jam, or possibly blackcurrant.  On this occasion I used a St Dalfour's black cherry.


While on the subject of tradition, I should also tell you that this dessert is normally made with a suet crust.  Suet is raw beef or mutton fat - usually the hard fat found around the kidneys - which needs to be grated or shredded before use (you can usually get your butcher to do this for you), and which like meat needs to be kept refrigerated and will keep only for a few days.  You can also buy packaged suet (Shreddo in New Zealand), which has been dehydrated and mixed with flour to make it stable at room temperature.  Obviously then you need to take some care if substituting packaged suet for fresh suet, because the fat to flour ratio will be different.  It's not clear from Nigel's recipe whether he uses fresh or packaged suet, but I imagine from the flour to fat ratio of roughly 2:1 that he uses fresh.  Either way, I couldn't find suet at my supermarket (and given the small quantity required, I probably wouldn't have bought it anyway), so I substituted with butter.  I'm not sure in what way a suet crust would have been any different, or maybe better, but I can safely say that a butter crust worked just fine.  You end up with a dough which is something like a soft scone dough, but which crisps up a bit on the outside like a soft cookie when baked.


In one final departure from the original recipe, I added a pile of roughly chopped dark chocolate to the filling because ... well, just because!  And, really, what's not to love about a buttery crust filled with jammy cherries and chunky chocolate. 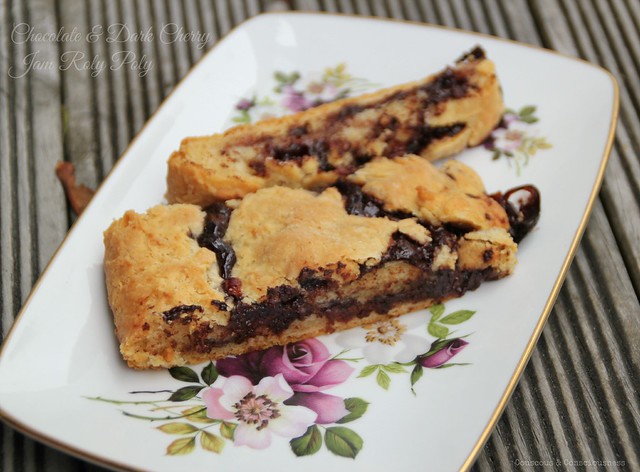 
Sift flour into a medium sized mixing bowl.  Add the grated butter and sugar, and add the water to make a soft dough - add more water or flour as necessary to achieve a dough which is not too sticky and can be rolled out without sticking to the rolling pin. 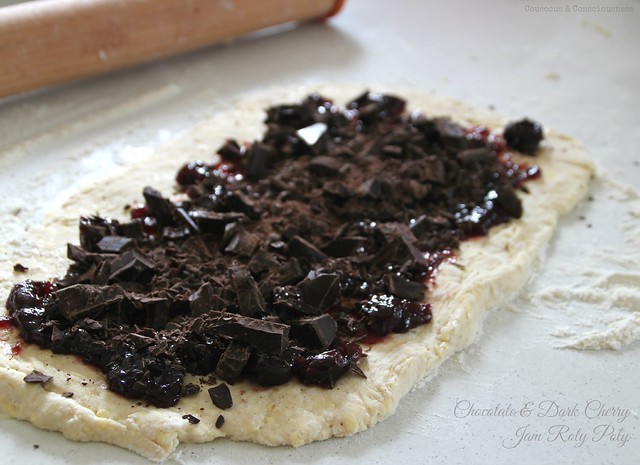 Brush the long clean edge of the dough with a little water, then roll up into a long sausage and press the wet edge firmly to seal.


Lift the roll onto a parchment lined baking sheet .  Bake in the preheated oven for 35 minutes or until golden.  (Note the dough is very soft - don't be alarmed if it splits in places and flattens out - this is part of its rustic charm and, as Nigel says, "it is what it is".) 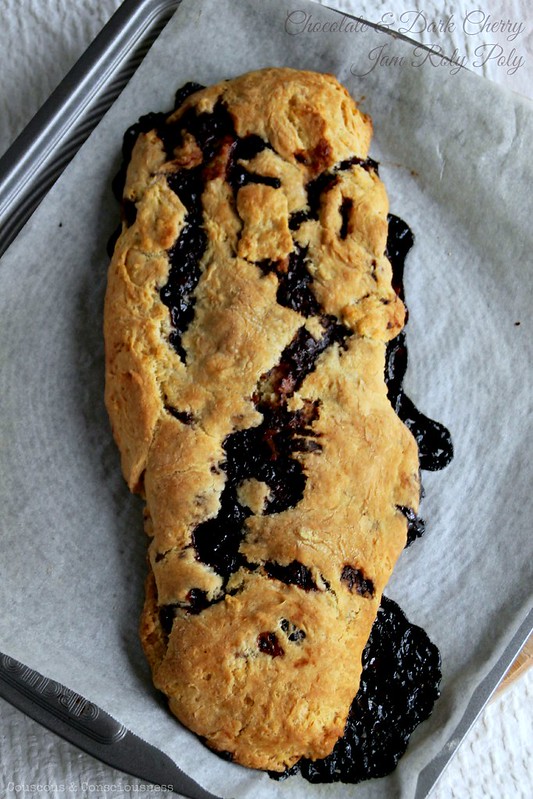 Cut into thick slices to serve.  A dollop of good vanilla ice cream is a great accompaniment, as is a generous drizzle of runny cream or custard.

... or check out Tender, Vol. II and Nigel's many other great titles available from Amazon USA, Amazon UK, or Fishpond NZ.


I will also be submitting this post to Sweet New Zealand.  Inspired by Alessandra Zecchini, and hosted this month by Marnelli at Sweets & Brains, Sweet New Zealand is an event for all Kiwi bloggers (whether living at home or abroad), or all foreign bloggers living in New Zealand, to link up their sweet treats.

I'll also be sharing this post this week at See Ya In the Gumbo hosted by the delightful Michelle at Ms. enPlace, at Weekend Cooking hosted by Beth Fish Reads, at Foodie Fridays hosted by Designs by Gollum, and at Cook Your Books hosted by the lovely Joyce at Kitchen Flavours.

Posted by Couscous & Consciousness at 9:38 PM