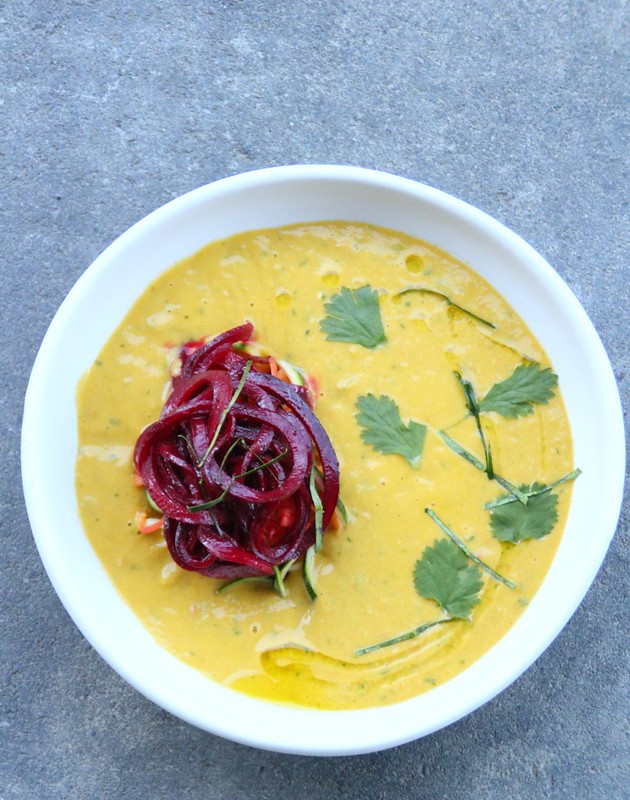 Regular visitors here will know that I like to cook along with my friends at I Heart Cooking Clubs, where each six months we choose a new chef and take an in-depth exploration of their recipes and cooking techniques.  What you won't know, because I'm shamefully guilty of not having posted for the last month, is that we have now moved onto our 14th IHCC chef - Curtis Stone.  Curtis is of Australian origin, pursued a cooking career in London (including working under Marco Pierre White, and, in addition to a number of popular television shows, he now has a well-known restaurant of his own in Beverley Hills, California.


This week at IHCC is actually Potluck Week, which means we actually get to choose any recipe we like from any one of the 14 chefs in the IHCC stable.  However, since I've yet to join in with cooking any of Curtis' dishes, it seemed only fair that I should dip into one of his many culinary tomes.


However, as I've just spent the last month doing a Raw Food Chef's training course through the Matthew Kenney Culinary Academy (which I can honestly say has been truly amazing, and you can visit this post to find out about my experience and see what we made), I was inspired to see if I could make a raw version of this dish.  Further inspiration also came from a Bahian style soup which we made on the course. 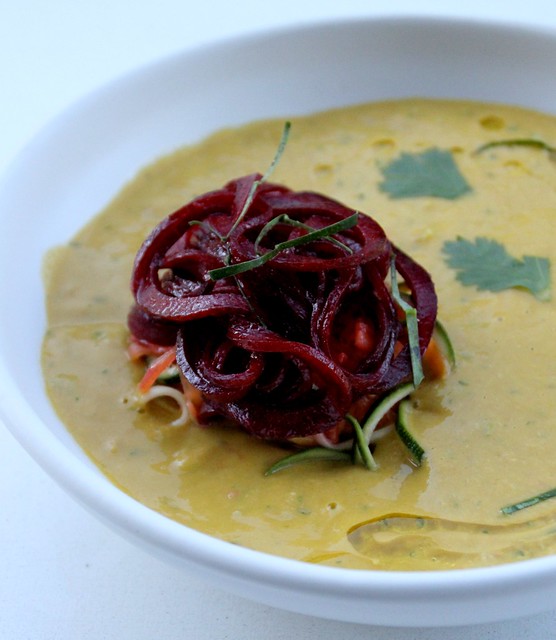 I went about making my version of this soup by substituting the seafood for vegetable "noodles" - carrots, zucchini and beetroot - and whizzing up my coconut milk and loads of zingy flavourings in the blender instead of in a pot. Obviously, because this is a raw version, it's not a hot soup, but there's actually plenty of heat comes through from the chilli, so it was still plenty comforting even on an autumn evening.  The wild card I guess in my version was the beetroot - not something that you would generally expect to find with these bold Asian flavours, but the sweet yet earthy flavour of the beets actually worked surprisingly well, and there's no doubt that they certainly add some visual impact to the dish.  I would have no hesitation including them again.


You might not have thought about raw food before, but I urge you to try this dish - it just might surprise you. 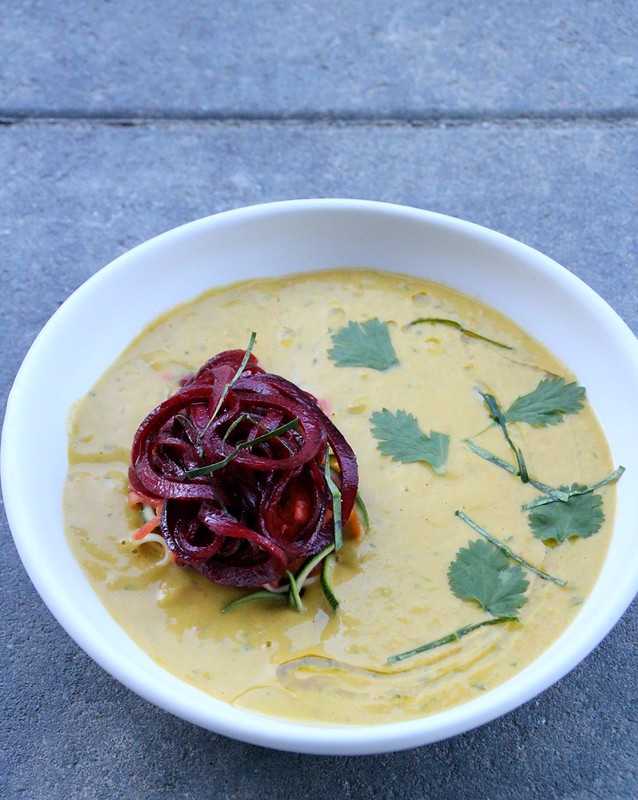 
Begin by making the coconut milk - pour the water over the dessicated coconut and leave to stand for at least 10 minutes.  (Go have a cup of coffee, put your feet up, have a snooze - nobody dies!!)  After a suitable rest period, add the coconut and water to a blender, blend thoroughly (really thoroughly), and strain.


Next prepare the vegetables.  You can run the vegetables through a spiraliser to create your noodles, or if you don't have a spiraliser, a vegetable peeler that creates fine juliennes or ribbons will do just fine.  Place the carrot and zucchini noodles in a bowl, sprinkle with a pinch of sea salt and a teaspoon lemon juice, toss well and set aside to soften slightly while you prepare the broth.  Do the same thing with the beetroot noodles, keeping them in a separate bowl from the other vegetables so that the beetroot doesn't turn everything pink.


To serve, arrange a pile of the vegetable noodles in a bowl, and pour the broth around the noodles. Garnish with a few coriander leaves and finely shredded kaffir lime leaf.  Serving a lime cheek on the side would also be a nice addition.


If you would like to get to know Curtis Stone a little better, and to see all the wonderful Potluck dishes my friends have come up with, then do go visit I Heart Cooking Clubs and check out the links. 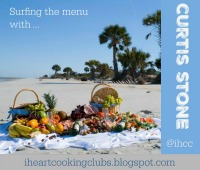 I'll also be sharing this post this week at Souper (Soup, Salad & Sammies) Sundays hosted by my lovely friend Deb at Kahakai Kitchen.

Posted by Couscous & Consciousness at 11:32 PM