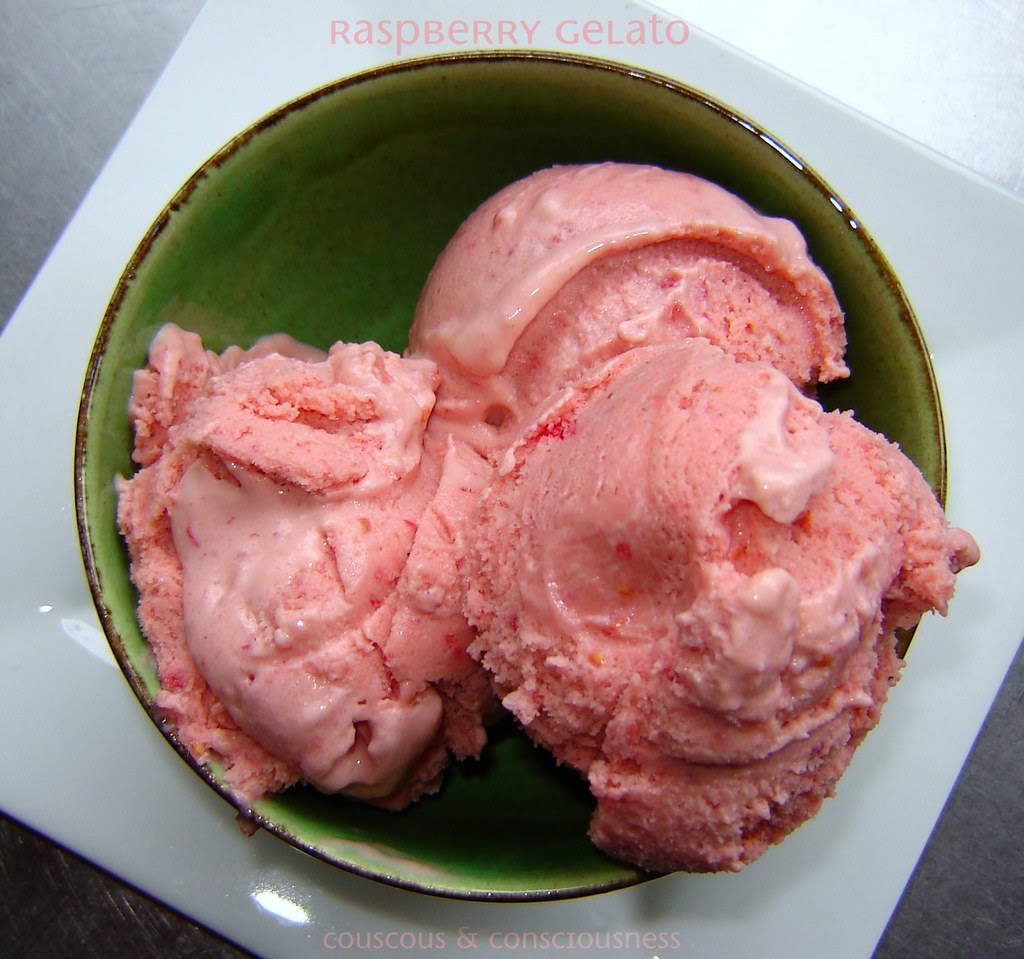 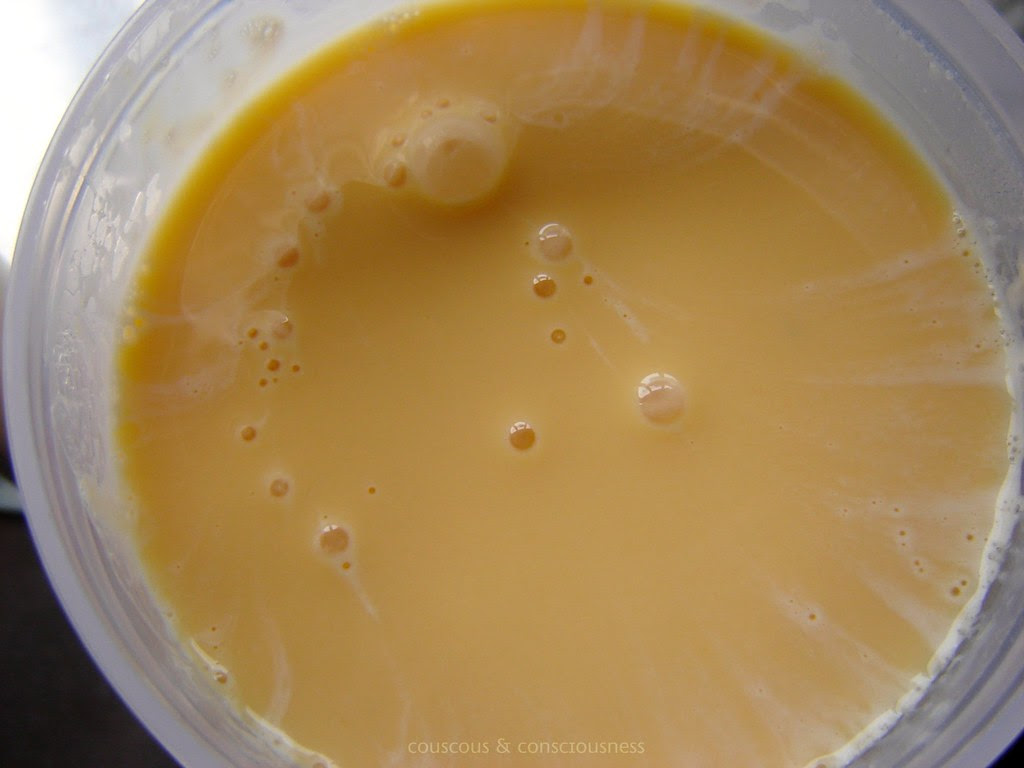 Now you're ready to make ice cream.  Puree the raspberries for a couple of minutes in the food processor or blender, and strain if you prefer to remove the seeds.  Remove custard from the fridge. 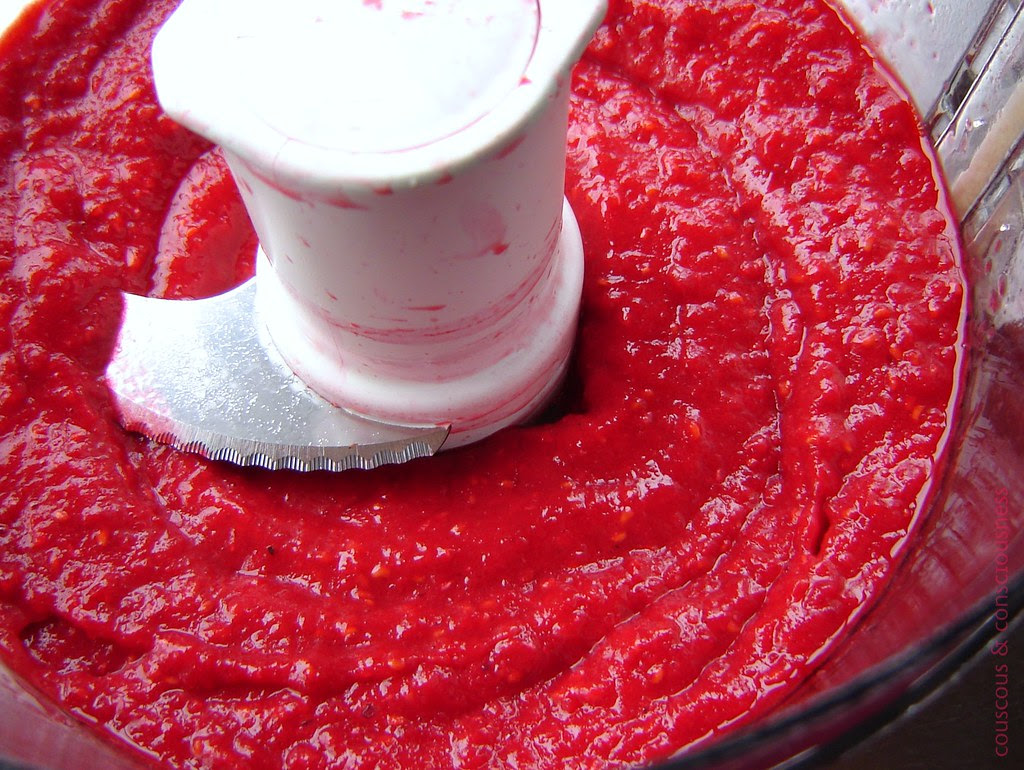 Set your ice cream machine churning and pour in the custard followed by the raspberry puree.  (You could mix the custard and fruit together before pouring into your machine, but I found that my churn did a good job of mixing them for me.)  Churn according to manufacturer's instructions, then serve straight from the churn, or freeze for a couple of hours if you prefer a firmer texture. 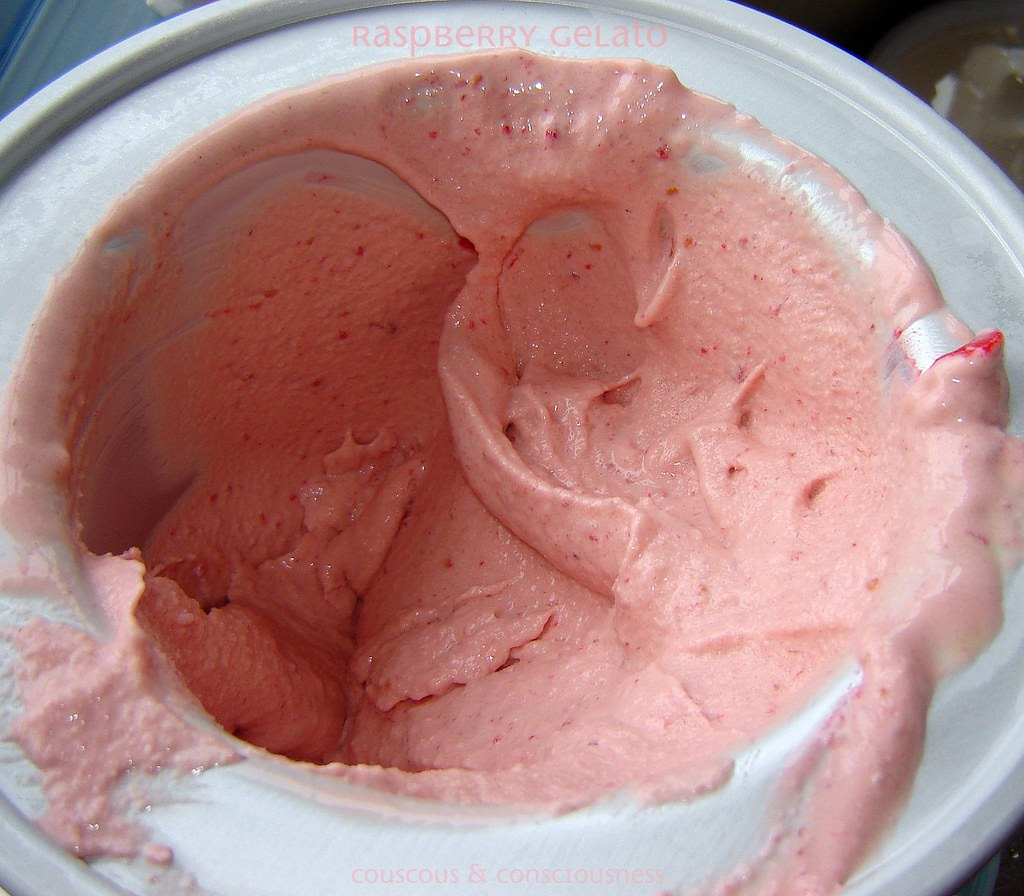 Visit my Cooking Italy page  to learn more about the group, find links to other participants in the group, and links to all the recipes I have so far contributed.
Interested in making more frozen desserts?  Then, I recommend The Perfect Scoop

by David Lebovitz - you will also find loads of great recipes and information on his website.