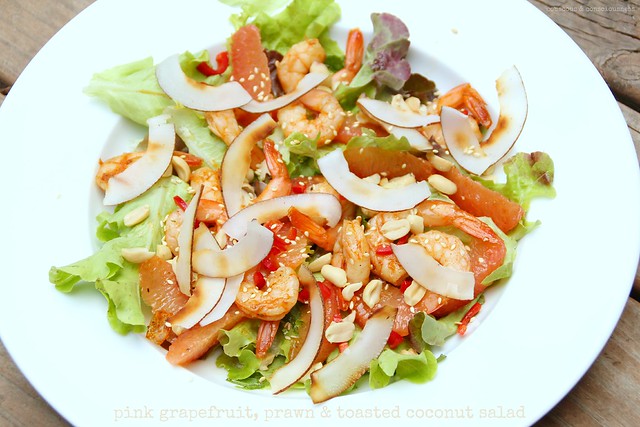 I've spent a lot of my time over the last few weeks decluttering.  Like a woman possessed, I have bit by bit gone through every room and cupboard in the house, having a major clean-out of all that stuff I've been hanging onto "just in case" it's ever needed one day.


I have spoken to my yoga students often about staying in the present, living in the moment, and yet despite that I have managed to surround myself with a whole lot of stuff because of some attachment to a time long past, or possible need in some uncertain future.  It's ridiculous, it doesn't amount to staying present, and it's all been suffocating me.


I have to say I'm surprised how long it's taken to work my way through the house, and I'm not finished yet (there's still the bathroom and kitchen cupboards) to go, but I guess I'm not going to deal with 40 years of accumulated clap-trap in five minutes.  Now don't get me wrong, it's not like I would have made an ideal candidate for "World's Greatest Hoarders", but there was a lot of stuff.


There's no doubt this is an incredibly freeing process - it's given me a real sense of lightening the load, and allowing space for change. 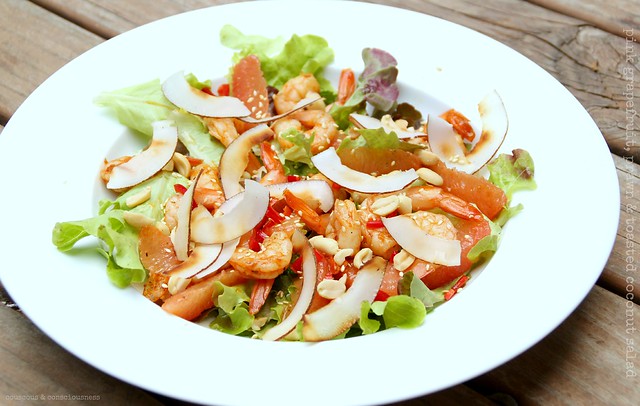 So what does all of this have to do with this dish?  Well, part of my decluttering process has extended to trying to give the freezer a bit of a clean-out, wherein I found a bag of prawns that needed to be used up.  Since we have another Mystery Box Challenge this week at I Heart Cooking Clubs, which requires us to make a dish from anyone of our IHCC chefs using at least three of these ingredients: potatoes, buttermilk, flour, paprika, onion, leafy greens, lemon, honey, prawns, and feta - it seemed like the ideal time to use those prawns.


I'd had Diana Henry's recipe in A Change of Appetite for A Warm Salad of Pink Grapefruit, Prawns, and Toasted Coconut bookmarked for quite a while, and since with a little adaptation the recipe enabled me to use prawns, leafy greens and honey, this looked like the perfect dish to meet the mystery box challenge.


I made only very minimal changes to the recipe, briefly oven-roasting the prawns instead of pan frying them, since I always look for any opportunity I can to avoid standing over a frying pan, and for a bit of extra kick I added some red pepper flakes to the prawns while the roasted.  I also replaced sugar in the dressing with honey, and replaced groundnut oil with a combination of olive oil and sesame oil.


This made a wonderful light meal, absolutely bursting with flavour and interesting texture - soft, velvety leaves provide a cooling background to spicy prawns and the citrusy, sweet-tart burst of the grapefruit, accompanied by the crunch of the coconut, peanuts and sesame seeds.  This is definitely a dish I can see myself repeating often over the remainder of summer - I can even see it inspiring a few variations. 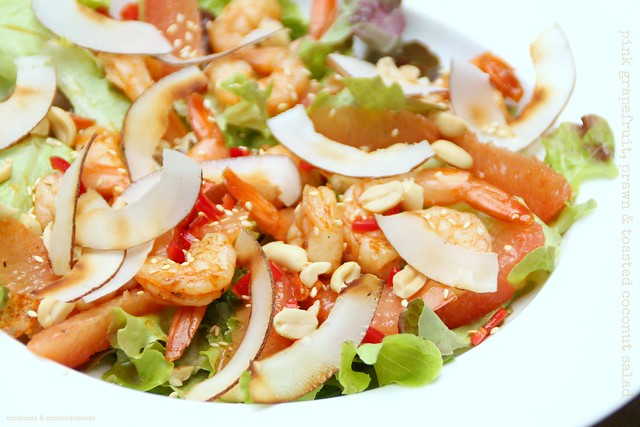 
Begin by making the dressing.  Place all the ingredients in a small jug, whisk to combine, and set aside.


Using a hammer or the back of a heavy knife, break the coconut shell open and prise out the flesh.  Using a vegetable peeler, shave the coconut into thin slices.  Dry fry the shaved coconut in a pan over medium heat until golden.  This happens quickly, so don't leave the kitchen.


In a bowl toss together the prawns, olive oil, generous pinch of red pepper flakes, flaky sea salt and freshly ground black pepper.  Spread prawns in a single layer in an ovenproof dish and roast in the preheated oven until cooked through - this only takes a few minutes.


Remove from the oven and immediately toss with the grapefruit segments, red chilli and half the dressing.


Arrange salad greens and mint on serving plates, and arrange prawns and grapefruit amongst the salad leaves.  Scatter toasted coconut, peanuts, and sesame seeds over the top, and drizzle with the remaining dressing.

Posted by Couscous & Consciousness at 6:58 AM