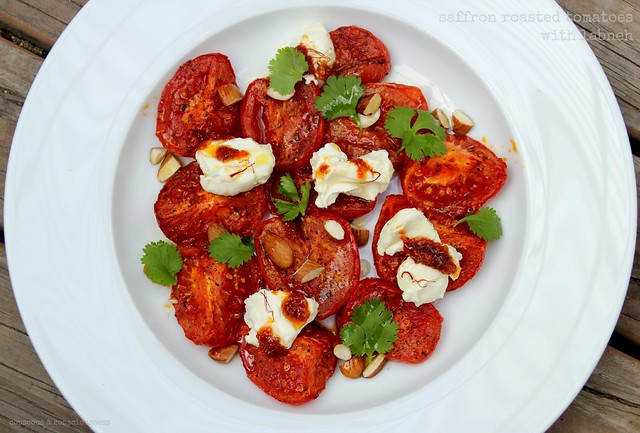 For the first time since I started this blog, some five and a half years ago, I'm experiencing some serious writer's block.  I've been trying to write this post for the last week, and every time I sit down at the desk to write I allow myself to be distracted by just about anything else - that great "crack house" that is Pinterest (who of us can't get lost in that for hours), a little bit of filing (even though filing is my least favourite thing to do), a couple of scraps of paper, a magazine, I've even developed an uncommon interest in the tiniest speck of dust.  Pretty much anything to distract me from the admission that perhaps I have nothing to say!


Right now it's a glorious Sunday morning, the sun is shining, the birds are singing, the cicadas are chirping, and it is taking every shred of willpower I possess to resist the siren call of the sea and sand.  But I've vowed not to hit the beach until this post is done, so perhaps I better get on with it.


I fully intended to bring you these glorious saffron-roasted tomatoes last week, when my friends and I at I Heart Cook Clubs were exploring the theme Along the Spice Trail with our current chef, Diana Henry.  For reasons already disclosed, that just didn't happen.  Which is sad, because withholding these from you is nothing short of a travesty. On a positive note though, this is Pot Luck week at IHCC, so I still get to share this plate of deliciousness with you.  When I brought you these Maple Roasted Tomatoes, way back when my blog was in its infancy, I thought I was really onto something, and I've been making them that way ever since.  Taking inspiration however from Diana's book A Change of Appetite, and adding harissa and saffron into the mix elevates these tomatoes to something positively sublime.  The kick of heat from the harissa, and the earthiness of the saffron, lend perfect balance to the sweet tomatoes, and some cooling tang from garlicky, herby labneh on top is the perfect accompaniment. 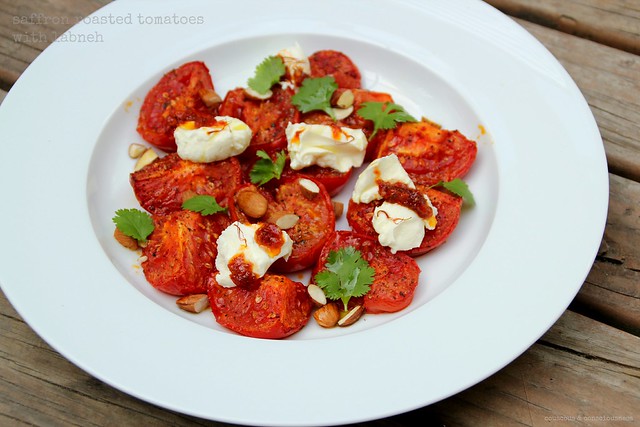 I didn't depart too much from Diana's recipe, though I pretty much ignored quantities and just used what suited me. This is the kind of dish where you really don't need to adhere to things too closely, which is something I always like in a recipe.  You need to begin by making your labneh ... Set a sieve over a bowl and line it with a paper towel or piece of clean muslin.  Add a few good dollops of natural yoghurt to the sieve, and place in the fridge for several hours until all the liquid has drained away, and you are left with something the consistency of thick cream cheese.  I use lovely thick Greek yoghurt that really only takes a couple of hours, but depending on the yoghurt you start with it may take up to 24 hours.  Once yoghurt has reached it's desired consistency, remove from sieve to a small bowl and mix in a clove of crushed garlic, some chopped herbs of your liking, and season with salt and pepper.  Now onto the tomatoes ... Choose several of your favourite tomatoes - I used a variety of tomatoes picked straight from the garden.  Cut them in half and lay them in a single layer in an ovenproof dish.  In a small bowl mix together a generous slosh or two of olive oil, two or three tablespoons of harissa, and a good pinch of saffron threads.  Pour the mixture over the tomatoes, and turn them to make sure they are well coated all over.  Set the tomatoes cut side up, drizzle liberally with maple syrup, and season generously.  Roast them in a preheated oven, 190 degrees C (375 degrees F) for around 45 minutes, remove from oven, and leave to cool slightly.  Arrange the roasted tomatoes on a platter and top with good dollops of the labneh.  Drizzle with any of the cooking juices, and strew a few toasted almonds and coriander leaves over the top to finish.


These are sensational served warm or at room temperature.  I tossed some of them with a few peppery rocket leaves and served them with this harissa marinated fish. 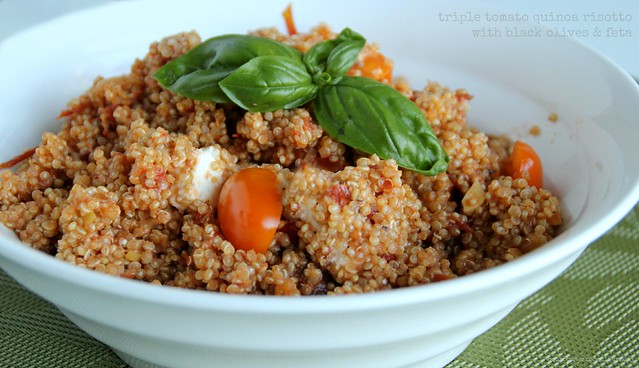 As is frequently the case in my house, however, I did end up with quite a lot of leftovers, which I decided to turn into risotto.  Since I'm on a bit of a "health-kick" at the moment, I experimented with using quinoa for my risotto instead of the traditional arborio rice, and I have to say I was pretty pleased with the results.  The quinoa had a really pleasant nutty flavour and slight chew to it, but the best thing of all was that I wasn't left with that heavy, weighed down kind of feeling afterwards.  This delivered all the comforting satisfaction that you expect from a risotto, with none of the "heft".  I love bringing layers of flavour and texture to a dish, and I achieved that here by using tomatoes three ways - the leftover saffron roasted tomatoes, a few sun-dried tomatoes, and finished off with a few fresh tomatoes.  The other great thing I discovered about using the quinoa in this risotto, is that it reheated really well the next day, which cannot generally be said for a risotto made with arborio rice.  Making risotto with quinoa is definitely set to become a regular feature in my kitchen now, and I can't wait to experiment with a few different flavours.  In the meantime, I hope you'll give this one a try.

On that note, I'm off to the beach now.  Enjoy what's left of your weekend xo 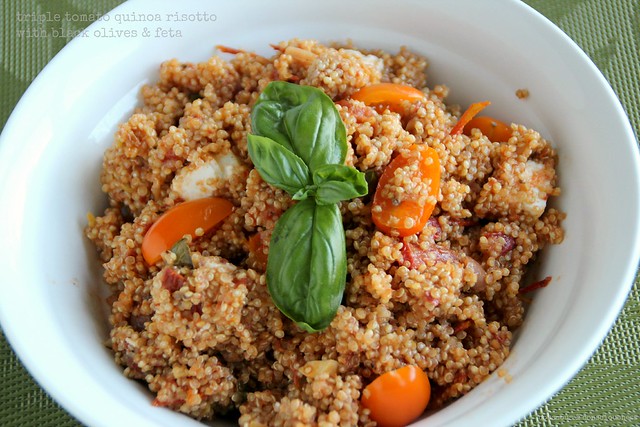 
Heat a good slosh of olive oil in a heavy based pan over medium heat.  Add the leek and garlic to the pan - cooking until they just begin to soften - take care not to burn the garlic.  Almost as soon as you can smell the garlic it is time to add the quinoa to the pan.  Continue cooking the quinoa with the leek and garlic, stirring constantly, until every single grain is coated with the oil and it begins to appear a little "toasted".


Keep stirring and adding stock until the quinoa has plumped up and is tender (but not mushy) to the bite - this will probably take around 20 minutes.  Round about the 10 minute mark, stir in the chopped roasted tomatoes and sun-dried tomatoes.


Once the quinoa is cooked, remove from the heat, stir in the fresh tomatoes, olives, feta and basil.  Taste, then season to your liking with flaky sea salt and freshly ground pepper.  Stir to combine, then cover and leave to rest for 5 minutes to enable all the flavours to infuse.


Serve immediately, with some extra fresh basil on top.

Posted by Couscous & Consciousness at 12:49 PM