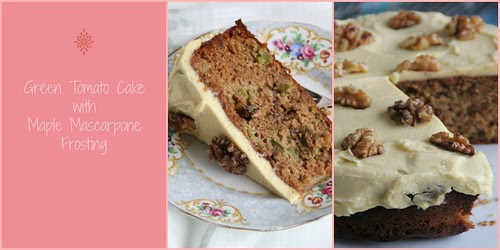 I was surprised to notice the other day that I've been blogging for a little over three and a half years now - where did that time go?!  Less surprising though, was the realisation that I've learnt a thing or two in that time.  Not to sound big-headed, mind you - I do know that what I don't know still massively surpasses what I do know.  But I have picked up the odd thing along the way.


For example, I now know that if you come up with a great idea for a cake that you just know you're going to want to write a blog post about, then it's not such a good idea to bake your cake in the middle of the night and thus not be able to take a decent photo of said cake.  I also know that having decided to set the cake aside in order to capture a good photo in the morning, you shouldn't let someone cut a big hunk out of the cake for supper!  I also know that trying to hurriedly snap off a good photo at 7.00am, before getting ready for work, is going to be no more successful than capturing a decent photo the night before - not only is the light still poor, but working in haste will render 9 out of 10 photos shaky and out of focus.


All these things I know, and yet somehow I still came to break every single one of those rules in the preparation of this post.  I tell you this for two reasons.  Firstly, so that hopefully you won't make the same foolish mistakes I did;  and secondly, and really more importantly, in the hope that you will not judge this cake harshly on the basis of my mediocre photos.  After all, the idea of a green tomato cake might be a little scary to some of you, and it's really going to take some kind of killer photo to sell it.


Well, I clearly failed on the "knock-out" photo front, but I'm urging you to look beyond the photos, and give this cake a try, for, scary though this may sound, I can promise you that this cake is a stunner.  Trust me on this. 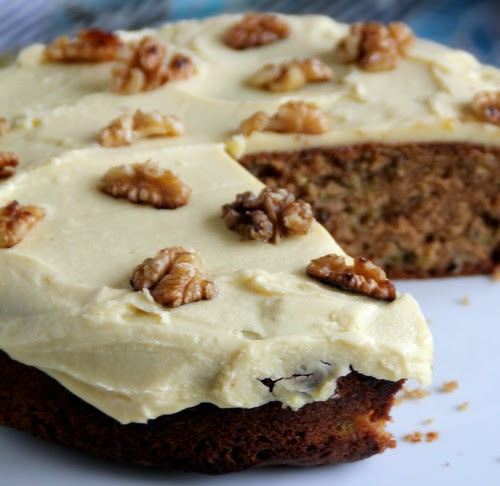 
I stumbled upon this idea after I'd been staking up my abundant tomato crop, and a whole lot of green tomatoes fell off the vines.  I did a bit of a google search on green tomatoes, thinking maybe I would come up with a good chutney recipe, when I stumbled upon this recipe from Paula Deen for a green tomato cake.  That definitely peeked my curiosity, and made me think it would be similar in many ways to a carrot cake.  So then I turned to my Mum's recipe for carrot cake,  tricked it up a little, and added a maple and mascarpone frosting using the mascarpone cheese I made last week. 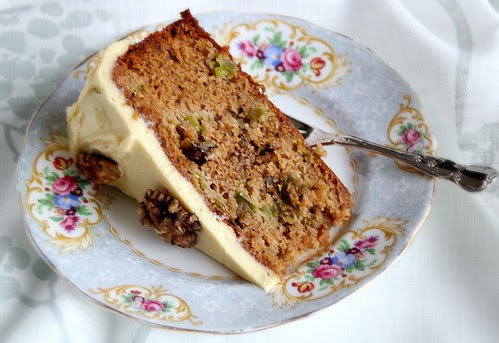 The result is surprisingly light, definitely lighter than your average carrot cake, and incredibly moist.  I served this to several people without telling them what it was, and no-one picked that it had green tomatoes in it.  In fact, once cooked the green tomato becomes almost like apple in both taste and texture.  This was so good I've had requests for a repeat performance, and trust me when I tell you that does not often happen with my baking.  Personally, I can't wait to give it another try, and I think that next time I might make it into little mini cakes.  Might even get a decent photo next time!!


In a separate, large bowl, using an electric beater, cream together the oil and sugar.  Add the eggs, one at a time, beating well after adding each one until the egg is fully incorporated.  Add the diced green tomatoes, lemon juice, and walnuts, and stir to combine.


Add the sifted dry ingredients, and gently fold in until everything is well combined.


Tip the mixture into the prepared cake tin, smooth the top, and bake in the preheated oven for 45-50 minutes, or until a skewer inserted into the centre of the cake comes out clean.


Remove from the oven and allow to cool in the tin for 10-15 minutes before turning out onto a wire rack to cool.


Prepare the frosting, by beating together the mascarpone cheese and maple syrup until smooth, then spread over the top and sides of the cooled cake.  Decorate the top with toasted walnuts.

This will be a submission to Sweet New Zealand, inspired by Alessandra Zecchini and hosted this month by Michele at Greedybread. 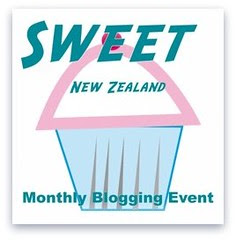 Posted by Couscous & Consciousness at 10:26 PM