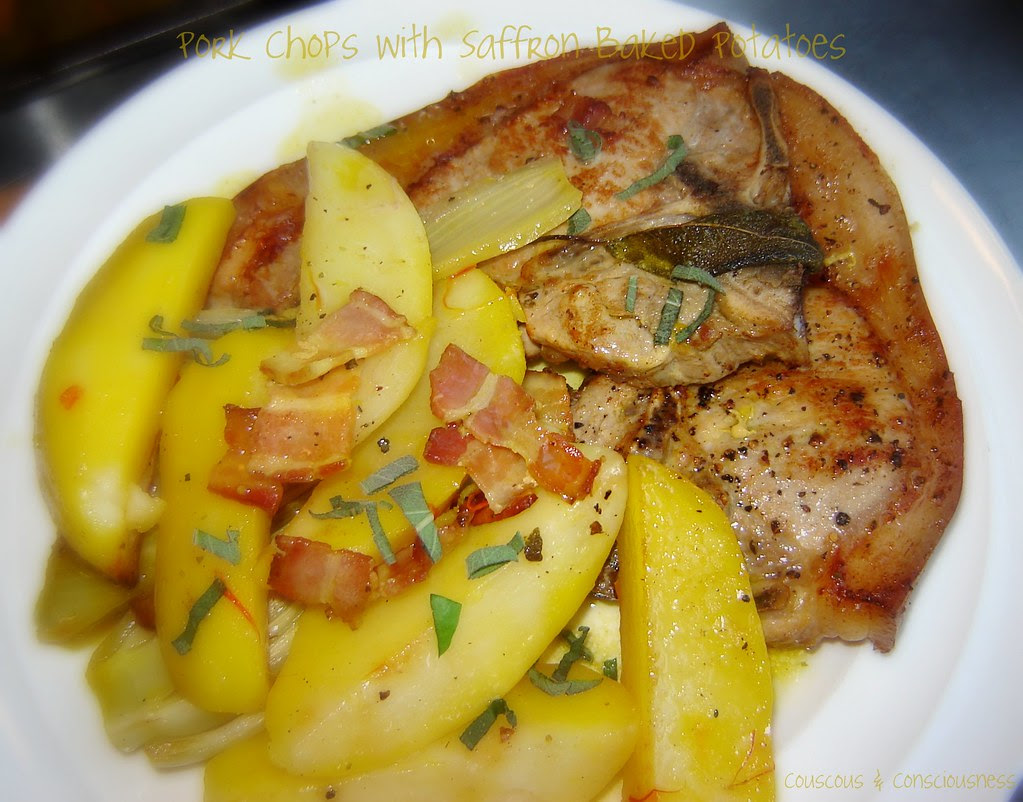 As I have told you here before, I eat a predominantly vegetable-based diet.  This has more to do with my preference for vegetables over meat, than any opposition to the killing and consumption of animals.  As long as humane practices are observed in the raising and killing of those animals, then I am not opposed to eating them.  I am also convinced that for most of us the consumption of some animal products - meat, fish, eggs and dairy products - are essential to maintain optimal health.  I know all the vegetarians and vegans out there would probably have a lot to say about that - say what you like - that is my belief (based on much research, reading and reflection, I might add) and I'm sticking to it.
Anyhow, I'm not about to turn this post into a lengthy dissertation on the rights-and-wrongs, pros-and-cons of eating anything - I'm just saying that I'm not that much of a meat-lover and I would happily sit down to a big bowl of vegetables or a beautiful bowl of salad, than a big, juicy steak, any night of the week.  I never think of vegetables or salads as side dishes - for me they are definitely the main event.
I've also got to tell you that, as long as pigs roam this earth, even if I wanted to I could never become a vegetarian.  As you already know, I think just about everything can be made a little better with bacon and, whilst that big, juicy steak might not excite me .... dangle a pork chop in front of me and I would willingly give up state secrets, absolutely no torture necessary.  You really need to know, up front, that if your life ever depends on my keeping schtum about something, you sure as heck better hope that my captors don't manage to come up with a pork chop!
I have a few favourite pork chop recipes that I love and frequently come back to.  The first is this recipe for Pistachio and Blue Corn Tortilla Crusted Pork Chops by The Enchanted Cook - I think this might have been the first recipe I discovered on Veronica's beautiful blog, and it was such a big hit around here that, not only have I made it several times since, but I have become a regular visitor at The Enchanted Cook - check it out, I'm sure you'll love it too.  Another favourite pork chop recipe that gets made often around these parts is this one from Nigella Lawson for Mustard Pork Chops with Gnocchi.
The recipe I'm sharing with you today, will definitely be added to that list of favourites, and I know I will be making it again many times over.  Potatoes are baked in a saffron and sage infused broth, while pork chops are baked on top of them allowing all that beautiful "piggy" flavour to permeate the potatoes.  The original recipe called for onions in here as well, but I used wedges of fennel instead, and added a few sage leaves - really, what goes better with pork than fennel and sage? - not much.  The original recipe is by Kate Nichols and comes from the November 2007 issue of Delicious magazine 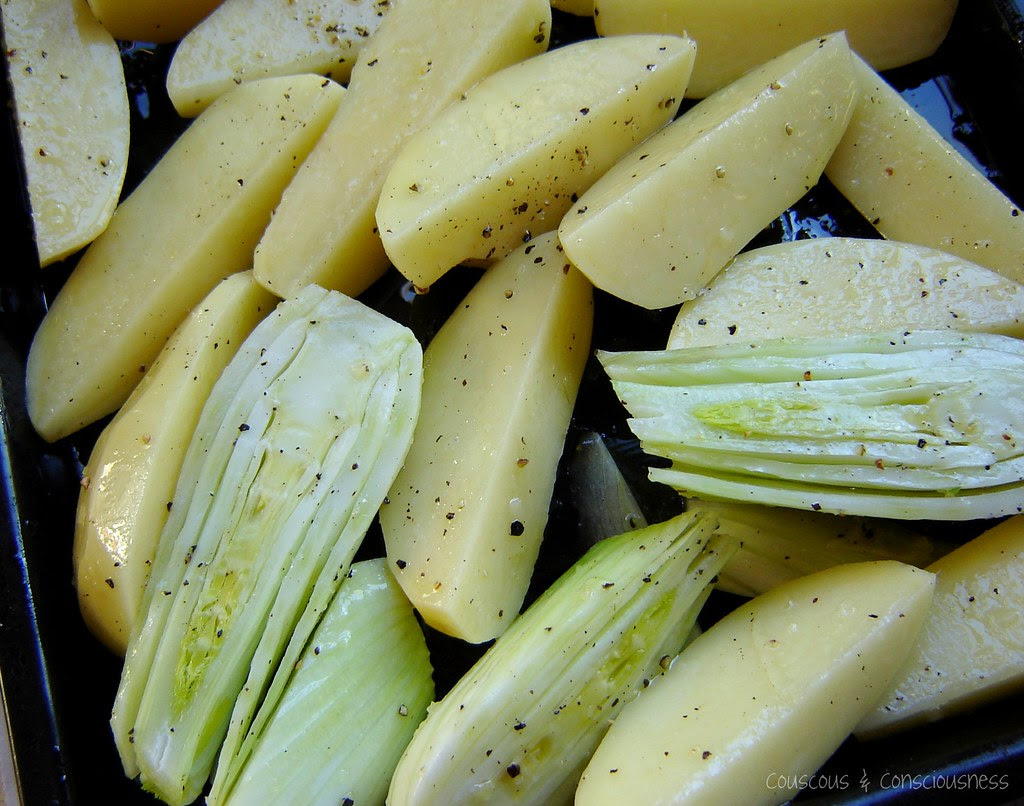 Heat the 1 tablespoon olive oil in a skillet over high heat, and cook the bacon until crisp.  Remove from the pan, using a slotted spoon, and sprinkle over the top of the potatoes in the roasting pan.  Tuck a few sage leaves in amongst the vegetables. 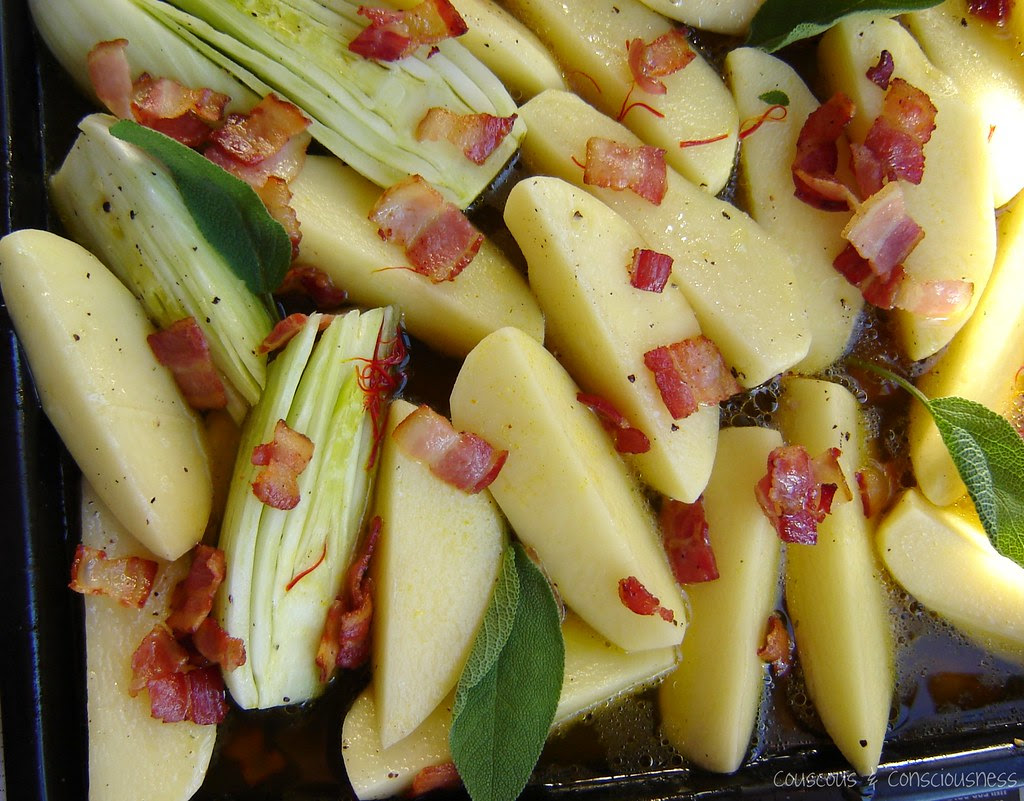 Season the pork chops on both sides with flaky sea salt and freshly ground black pepper.  Using the same pan you cooked the bacon in, over high heat, sear the pork chops for 1-2 minutes on each side until lightly browned.  Place the pork chops on top of the potato mixture, and bake until the pork is golden and the potatoes are tender - around 40 minutes. 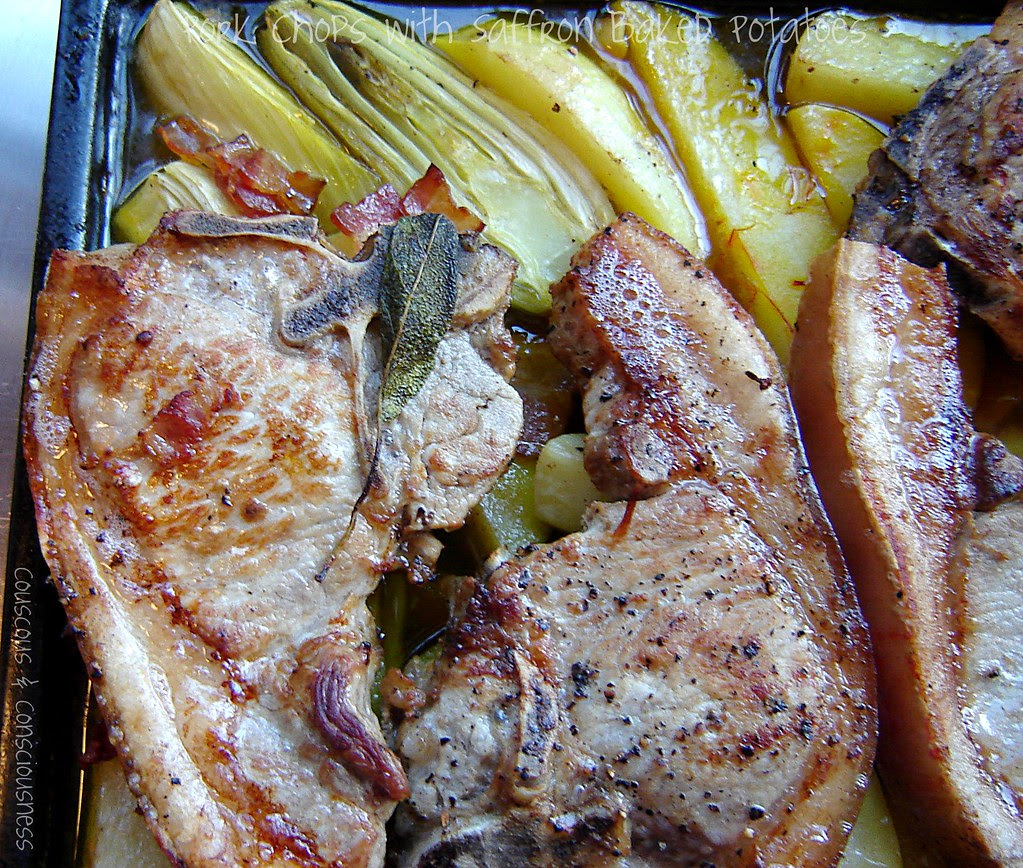 Scatter a little extra fresh chopped sage over the top and serve.
I'm submitting this post to Magazine Mondays - mmmm, can't wait to see what else is cooking.  You can find last week's round-up here at "Cream Puffs in Venice".

I'm also submitting this post to the Hearth and Soul blog hop, a place where you'll find lots of wonderful people who are passionate about great food and cooking from the heart - do go and have a look at what they're all cooking this week.
Posted by Couscous & Consciousness at 3:41 PM