As I told you all last week, it is time now for us at I Heart Cooking Clubs to say our farewells to Mark Bittman, with whom we've been cooking for the last six months.  I think everyone was unanimous in the opinion that we had all learned a lot, and were all just a teeny bit sad to be saying goodbye.
I had great intentions of finishing with a flourish and making something spectacular to say goodbye to "Bitty", but somehow the week got away from me and that "spectacular something" just didn't happen.  In fact, I'm even overdue with this post, but I'm hoping I'll be forgiven.  I did, however, get around to doing something I have wanted to try for simply ages, and that is my first small foray into cheese-making - a batch (actually two as it turns out) of fresh homemade ricotta.  I found Bittman's recipe for this in the "How to Cook Everything" iPhone application, but if you don't have an iPhone you'll find it in the book

.  I've watched the posts regularly at Forging Fromage for ages and have been trying to work up the courage to join in - then when I saw just how easy Heather (at girlichef) and Natashya (in the kitchen with her puppies) made ricotta-making seem, I knew the time was right to give this a go.
This could not be more simple to make, and I found that making my own cheese was deeply satisfying - makes me feel all kind of "earth mother" and "domestic goddess" all rolled into one (even though I am anything but).  I was surprised how "sweet" the end product tasted, but the best part of all is the smell.  I've given some to one of my students to try, so eagerly await her verdict, and the rest I have used in Baked Ziti with Ricotta (another Bittman recipe), which is in the oven as I type this, so you will just have to wait for a future post for the verdict on that.
Homemade Fresh Ricotta Recipe
From Mark Bittman's
"How to Cook Everything

"
Click here for a printable copy of this recipe
1.9 litres (1/2 gallon) milk
470ml (1 pint) buttermilk
salt
First of all, line a strainer with a triple layer of cheesecloth or piece of cotton muslin.
Put milk into a large saucepan over medium-high heat and cook, stirring from time to time to stop it burning, until the milk bubbles up the sides of the pot - this will take about 10 minutes.
Add buttermilk to the boiling milk, and stir constantly until the mixture separates into curds and whey, which will start to happen almost immediately.  Remove pan from heat and stir in a pinch of salt.
Now set your cloth-lined strainer over a large bowl, or another saucepan,  and pour everything into the strainer.  The curds will collect in the cloth, and the whey will drain into the pan or bowl below.
Allow the curds to sit, undisturbed, for around 30 to 60 minutes, until they have reached the texture that you like.  Then scoop the curds into a container and store in the fridge.
Having got this far, and ended up with a lovely pot of ricotta sitting in the fridge, I still had a large quantity of the whey which had drained off that I was loathe to waste.  Wondering what to do with it, I got some advice from Natshya and Rebecca at Forging Fromage, who suggested saving it and using for making a batch of bread, which is a great idea and one which I will definitely use next time.  I also, however, came across a site with instructions for using the whey left over from making other cheeses to make ricotta.  Since I was so excited by the first batch of ricotta, I felt compelled to give this a try - worked perfectly and I ended up with a second batch which I think actually yielded even a bit more than the first batch.  Making the second batch was easy - literally just reheating the whey and cooking until the curds separate, allow the curds to sit and cool in the whey for a while, then drain - you can find full instructions here.
Two batches of ricotta from one lot of ingredients - what's not to love about that?!  If you're now wondering what to do with your ricotta now that you've made it - why not try these Ricotta & Spinach Gnocchi with Sage Butter. If you've enjoyed these last few month's with Mark Bittman don't forget to check out what others have been making over at I Heart Cooking Clubs, and stay tuned as we now begin six months of cooking with Giada de Laurentiis.  In the meantime, I highly recommend any of these Mark Bittman books: 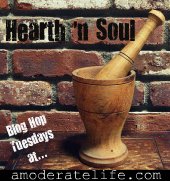 Posted by Couscous & Consciousness at 3:26 PM